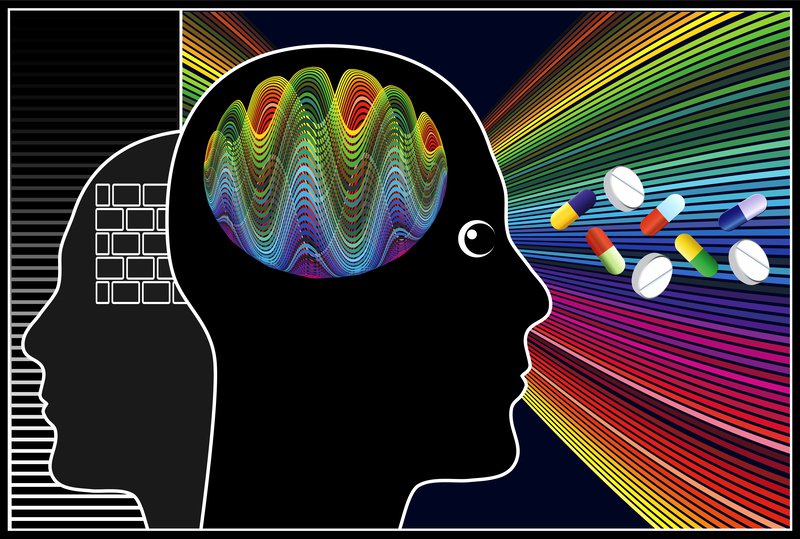 Smart drugs have become a hot topic in the last decade, attracting the interest of any man or woman seeking a mental performance boost.

According to Zion Market Research, the global nootropics market is projected to reach $6 billion in annual revenue by 2024:

“The increasing trend of cognitive enhancement among healthy individuals for professional advantage, personal improvement, academic success, athletic performance, and to sustain brain activities during old age is estimated to boost the demand for nootropic products over the projected timeline.”

But finding a nootropic that gets you perfectly dialled in isn’t as easy as you think.

Most of medications proven to be effective require a doctor’s prescription, which gives users an incentive to seek out “black market” solutions.

And of the ones available over-the-counter, they are rarely effective enough to create a noticeable boost in cognition (especially for experienced users).

To be fully transparent, there is only one medication I’ve seen to date that effectively enhances cognitive performance and health.

Something that creates a significant, long-lasting difference in my productivity and my concentration.

Or even allows me to effortlessly recall large amounts of technical information.

This drug goes by the name of Modafinil, and this article will tell you everything you need to know to start using it.

It is a Schedule IV controlled substance under US federal law, so you MUST have a doctor's prescription to legally use it (or have it imported).

Modafinil was first used in 1983 to treat excessive daytime sleepiness, and has since been approved for treating sleepiness and fatigue seen in other medical conditions.

You may not have heard of Modafinil before, but its use is growing FAST.

As early as 2014, 1 in 5 students across universities in the United Kingdom have used Modafinil to stay awake and maintain a high level of concentration.

Not surprising, given how insanely competitive schools have gotten:

"Self-medicating is extremely worrying. But students feel that there is no alternative. We need to look at what we as a society view as success.

"Students are investing a lot of money into their studies and there is no guarantee that they will get a job. So the competition is fierce. They need to demonstrate that they are the best and outperform their peers."

Modafinil is being used by anyone and everyone who needs an edge in high-performance professions.

What Makes Modafinil Unique From Other Nootropics?

Unlike other agents meant to increase your focus, Modafinil will not speed up your heart rate (via stimulation of beta adrenergic pathways in the heart):

Modafinil is also free of the "addictive" properties drugs such as Adderall and Ephedrine have, which can often happen with repeated use.

Due to the low-level tolerance you develop with using Modafinil, there are no withdrawal effects to be had.

While this may be the case in users who use extreme dosages, I have personally never noticed any “addictive” properties of Modafinil (and neither have my clients).

For these two reasons alone, it's become a prominent drug of choice amongst smart drug users.

When I use Modafinil, I feel an unprecedented surge of creativity and concentration.

I don’t need to “force” myself to focus or get motivated - I want to get something done, and my fingers start moving like magic.

Everything is zoned out, as I trap myself in a bubble of pure productivity.

Mike Cernovich’s experience with Modafinil mirrors mine, except his most notable observation involved an effortless retrieval of information.

How Does Modafinil Work?

Modafinil is a dopamine re-uptake inhibitor (DRI), meaning it simultaneously increases dopamine production and inhibits the rate at which dopamine is broken down.

For the drug scientists reading this, you’ll correctly note that cocaine is also a DRI.

However, Modafinil is not nearly as effective as cocaine at shutting off the dopamine transporter, hence why you users don’t get “high”.

And in some preliminary research, Modafinil was shown to be a potentially effective way to treat addiction to amphetamines and cocaine.

This is one possible mechanism of action, but the precise one is currently unknown.

Many researchers suspect there are also unknown mechanisms of action which allow Modafinil to induce such a significant degree of wakefulness.

Is Modafinil Safe To Take?

Side effects are extremely rare and minor in severity - headaches, anxiety, and nausea are some of the most common ones reported.

However, Modafinil is one of the most extensively studied nootropics on the market and research consistently shows it is a low-risk drug:

Despite these isolated adverse events, they usually do not differ significantly from placebo and thus modafinil is seen as well tolerated.”

No allergies or hypersensitivities are associated with the drug, and contra-indications with other medications are very few.

What Is The Optimal Dose Of Modafinil To Take?

I personally recommend 50-100 mg of Modafinil a day, taken on an empty stomach before 10AM to avoid interfering with nighttime sleep.

During the day, it is important to drink much more water than usual as Modafinil is known to have a dehydrating effect on its users.

Additionally, Modafinil is one of those drugs that needs to be used on a "cycle on, cycle off" basis (i.e. used sparingly for highly specific purposes).

From my experience, I can take Modafinil for 10 days at 100 mg before the dose becomes less effective and side effects (headaches, dry eyes) become more frequent.

What About The Other Modafinil Analogs?

Over the past few years, several analogs of Modafinil have gathered interest amongst biohackers.

The chemical structures of these compounds are identical to Modafinil with the exception of a few minor differences.

However, these differences result in a unique cognitive experience that separates Modafinil and all of its analogues from each other.

Adrafinil has the terminal amine group of Modafinil hydroxylated, which is the only structural difference between the two molecules.

It is the pro-drug to Modafinil, as Adrafinil produces Modafinil after it gets metabolized in the body.

I briefly wrote about this analog in The TOT Bible and my stance on this compound remains the same.

Since Adrafinil is a precursor to to Modafinil, it will generate a lighter "boost" in focus for a shorter period of time.

It's highly recommended in situations where only 1-2 hours of laser focus are required (Modafinil would be suited for 5-8 hours).

Unlike Modafinil, this analog can be purchased without a prescription.

But as I have not used it myself, I cannot provide specific dosing recommendations.

Without getting into too much detail regarding organic chemistry, Modafinil consists of an equal mix two “variants”: R-Modafinil and S-Modafinil.

These variants are known as enantiomers: non-superimposable 3D mirror images of each other.

As such, Modafinil is known as a “racemic” compound.

(For those of you who want a straightforward explanation of these scientific concepts, this link is helpful)

The variant of R-Modafinil is known as Armodafinil (brand name is “Nuvigil”).

Compared to S-Modafinil, Armodafinil is 3x better at inhibiting dopamine uptake (and hits the D2 dopamine receptors stronger than Modafinil itself).

It is also worth noting that the half-life of R-Modafinil is ~10-15 hours, compared to ~3-4 hours for S-Modafinil.

So what does this mean in plain English?

When you take Modafinil, 50% of the dose you take has a half-life of 4 hours (due to the “S” enantiomer).

But when you take an equivalent dose of Armodafinil, you have the FULL 15-hour half life kicking in.

Armodafinil also stays in your blood for a longer period of time, and its concentration in plasma rises at a slower speed than Modafinil does.

This means you’ll achieve a slightly lower “boost” at the beginning, but the enhanced focus you feel will stick with you for a longer period of time.

So unless you take this analog in the very early morning, expect to have your normal sleeping schedule significantly disrupted.

After all, you technically have twice the amount of R-Modafinil in Armodafinil as you do in Modafinil!

I have not experimented with this myself, and like Modafinil it is a prescription drug.

You will have to follow the instructions on the bottle, see what works best for you and adjust the dosage accordingly.

FLmodafinil is a newer form of Modafinil where the main structural difference is a fluoro group attached to the “p” position of each benzyl ring.

This variant has been touted to be a stronger version of Modafinil and Adrafinil.

Not only does it enter the bloodstream faster and work faster, but the jump in focus is supposedly greater (but consequently does not last as long as Modafinil).

Not much can be said about this drug at the moment, as Phase I clinical trials have been taking place since December 2015.

You cannot get FLmodafinil legally, and your only option is to look into the grey market.

For this reason, I also cannot provide any dosing recommendations.

Are There Any Non-Prescription Alternatives To Modafinil?

The only other legal nootropics I can endorse are Optimized Life Nutrition’s Energy Memory Focus, and Mike Cernovich's Gorilla Mind.

Either of the choices above provide a similar level of cognitive enhancement to Modafinil.

There are a lot of awesome guides on the Internet for people who want to learn more about the game-changing science behind Modafinil.

Modafinil.org is as comprehensive as it gets - updated buying guides, its interaction with other drugs, different ways of taking it.

Everything you could possibly want to know is on that website.

Gwern Branwen has a phenomenal write-up about Modafinil’s legal history, and provides a step-by-step system for buying Modafinil from a trusted source.

Nootropics Advisor has several well-written articles reviewing some more niche uses of Modafinil and Armodafinil (such as using Modafinil while having sex).

Finally, I found this individual’s perspective on using Modafinil to be slightly different from mine, yet equally insightful.

As with every single supplement and medication I recommend, personal experimentation is key.

We are all biochemically unique, and what works for me may not work for you (and vice versa).