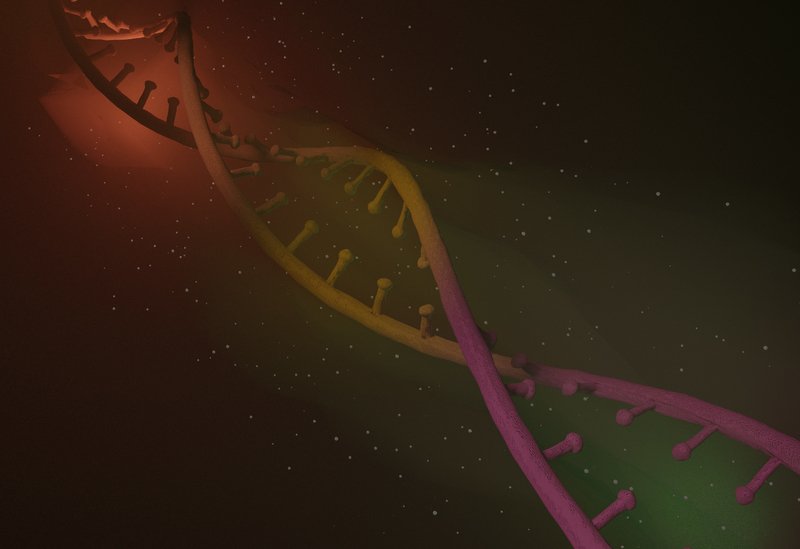 Writing an introduction for an extremely promising peptide is no easy task, especially when it’s capable of healing and protecting your body in numerous ways.

But this website did a pretty good job of it:

What if I was to tell you that there is a synthetic peptide out there that is able to repair the damage that is caused by inflammation, promote the healing of tendons of ligaments, and even speed up bone healing and protect the gut from damage caused by pain killer Nonsteroidal Anti-inflammatory Drugs (NSAIDs)?

To be honest, I had my doubts about this “magical” peptide when I first started researching it.

But as an elite biohacker since the early 90s, my definition of the word “impossible” is constantly being refined.

BPC-157 - the peptide I’m talking about - sounds like something out of the movie Limitless until you learn more about it.

BPC-157 is a synthetic peptide consisting of a sequence of 15 amino acids.

In a nutshell, BPC-157 works by enhancing your body’s natural healing processes and thereby speeding up the rate of recovery from injury.

BPC-157’s main mechanism of action is improving angiogenesis - the process by which new blood vessels are created.

It improves blood flow in wounded and damaged areas of your body through the process of enhanced angiogenesis.

Additionally, it increases the activity (via up regulation) of critical healing factors such as vascular endothelial growth factor (VEGF).

No adverse or negative reactions have been reported in the few trials conducted on human beings.

Even though myself and several close friends have successfully used BPC-157, there is undeniably a strong need for further peer-reviewed trials.

To date, the majority of studies have been conducted solely in animal models and cell cultures where injections were not done subcutaneously (under the skin) or intramuscularly (directly into the muscle).

However, it is worth noting that the animal studies similarly found a lack of notable adverse reactions.

BPC-157’s primary benefit is by and large its ability to accelerate the healing of many different wounds.

Tendons: BPC-157 was discovered to dramatically speed up the healing of tendons through the outgrowth of tendon explants and the spreading of tendon fibroblasts.

Muscles: If you’re suffering from discomfort due to muscle sprains, tears and damage, you may find BPC-157 to be VERY useful.

In particular, one study found BPC-157 to be effective in healing quadriceps muscles that have been torn and crushed.

Muscle tears have also been observed to recover much faster with BPC-157 administration, even when the healing process is impaired by the systemic use of corticosteroids.

Bones: One promising study done in rabbits found that BPC-157 led to significant improvements in the healing of bone wounds and fractures.

Another study conducted in rats found BPC-157 to be instrumental in the healing of spinal cord injuries, and consequently a restoration of function in rats.

Ligaments: BPC-157 can lead to superior healing of damaged ligaments, along with tendon-to-bone healing.

A rat study conducted in 2010 found that BPC-157 lead to the healing of acute ligament injuries within rats.

Skin Burns: BPC-157 can heal skin burns at a much faster rate by increasing blood flow to damaged tissues.

One study conducted in hyperglycaemic rats (i.e. too much blood sugar due to lack of insulin production) found BPC-157 to STILL exert an accelerated healing process on surgery-induced skin wounds.

BPC-157 Can Guard Your Brain Health From Damage

BPC-157 is neuroprotective, allowing for the regeneration of vital brain nerves while protecting neutrons form damage.

In particular, it can even reverse damage induced by a traumatic brain injury.

Combined with BPC-157’s ability to potentially heal musculoskeletal damage, this makes it a phenomenal “wonder drug” for restoring both physical and nervous function following an injury.

BPC-157 has been shown to have a wide variety of protective effects on the organs.

One of BPC-157’s remarkable properties is its ability to upregulate anti-inflammatory factors, while also reducing the production of reactive oxygen species.

In rats, BPC-157 has been shown to reduce gastrointestinal lesions in rats which were induced by non-steroidal anti-inflammatory agents.

BPC-157 may also have potential for lowering inflammation in people with periodontal (tooth) disease.

As stated before, BPC-157’s main mechanism of action is the promotion of angiogenesis.

In turn, this promotes the formation of new blood vessels while also releasing more nitric oxide.

This function is especially useful in wounded and damaged areas of the body receiving insufficient blood flow.

This makes BPC-157 a potential candidate for healing burn wounds at a much faster rate.

BPC-157 has been termed by some researchers as an antidote to nonsteroidal anti-inflammatory drugs (NSAIDs).

This is due to BPC-157’s ability to counter and prevent the damaging and adverse impacts of NSAIDs such as advil (aspirin) or ibuprofen.

Briefly, NSAIDs taken in excessively high doses can often lead to organ damage and symptoms such as vomiting, blurred vision and nausea.

BPC-157 is a cytoprotective compound, meaning it can protect cells from foreign and/or harmful agents.

This is especially observed in the digestive tract (thus making it cytoprotective), as BPC-157 can combat leaky gut via healing the brain-gut axis, inflammatory bowel disease, stomach ulcers and Crohn’s disease.

BPC-157 Can Protect Your Cardiovascular System

As it turns out, BPC-157 is also cardioprotective!

Not only can it normalize your blood pressure regardless of whether it’s too high or low, but it can also protect blood vessels from oxidative stress.

Other cardioprotective effects include protecting cells against damaged induced by toxins, and prevention of death due to higher levels of potassium in the body.

The Exact Dosage Schedule I Recommend For BPC-157

While there is no clinically proven dose from the few trials done on BPC-157, I have found an optimal dosage from personal experience.

Dosages are taken via subcutaneous injection from the vial you are provided.

Unlike other peptides, BPC-157 does not necessarily have to be injected near the site of injury.

Dr. Michael Moeller has an excellent video detailing how to prepare and inject BPC-157:

One peptide I highly recommend dosing alongside BPC-157 is TB500, the synthetic version of a naturally occurring peptide in the thymus gland called Thymosin Beta 4.

It speed up the production of actin, which is responsible for the formation of our body’s cells.

This allows for cell growth in areas of injury, thus speeding up recovery.

I recommend 300-100 mcg injected subcutaneously one a day, for no more than 3 months (or until the injury resolves).

The main difference between the two is that although both are equally great in terms of anti-inflammatory properties, TB500 is superior when it comes to muscle injuries.

My Final Thoughts On BPC-157

BPC-157 is a rarely known compound in the fitness industry, but the research behind this compound has been going on since 1991.

It is extremely protective of numerous bodily systems, on top of possessing the ability to radically accelerate the healing process of several types of injuries.

Despite a serious need for further trials in humans, no meaningful side effects have been reported and it will likely be proven to be one of the safest peptides around.

BPC-157’s remarkable healing properties make it a must-have in the toolbox of any serious biohacker.

If you want to learn more about some of the peptides I recommend for total health optimization, make sure to grab a copy of Living A Fully Optimized Life.

Also…watch out for the book on peptides I’m releasing with biochemist Nick Andrews around Q1 2020.

It’s going to be the world’s most comprehensive deep dive into peptides for healing, muscle gain, fat loss and cognition!

And if you want a fully-vetted doctor to help guide you on your journey with peptides, visit MensHealthcare.com to get connected with a physician today.